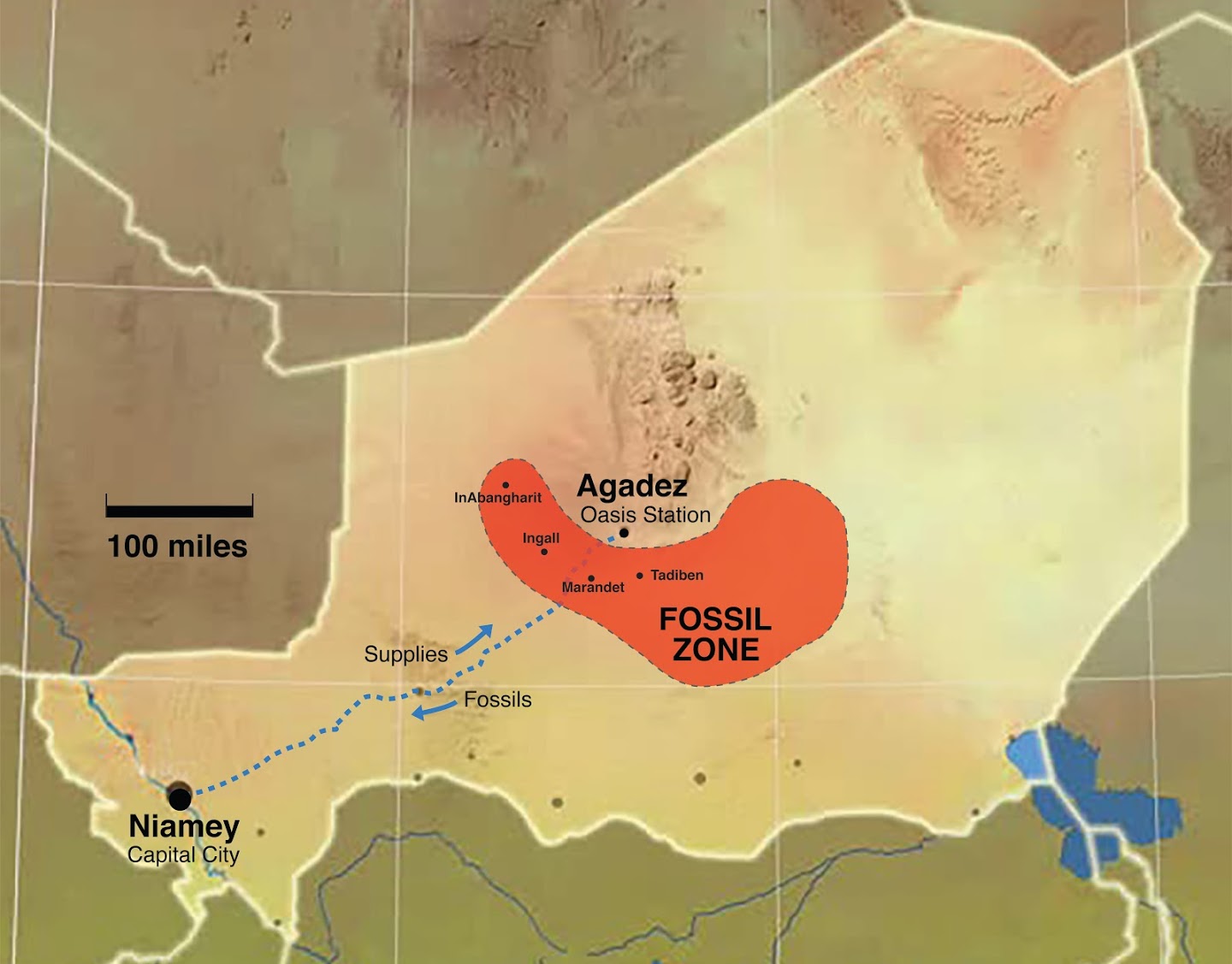 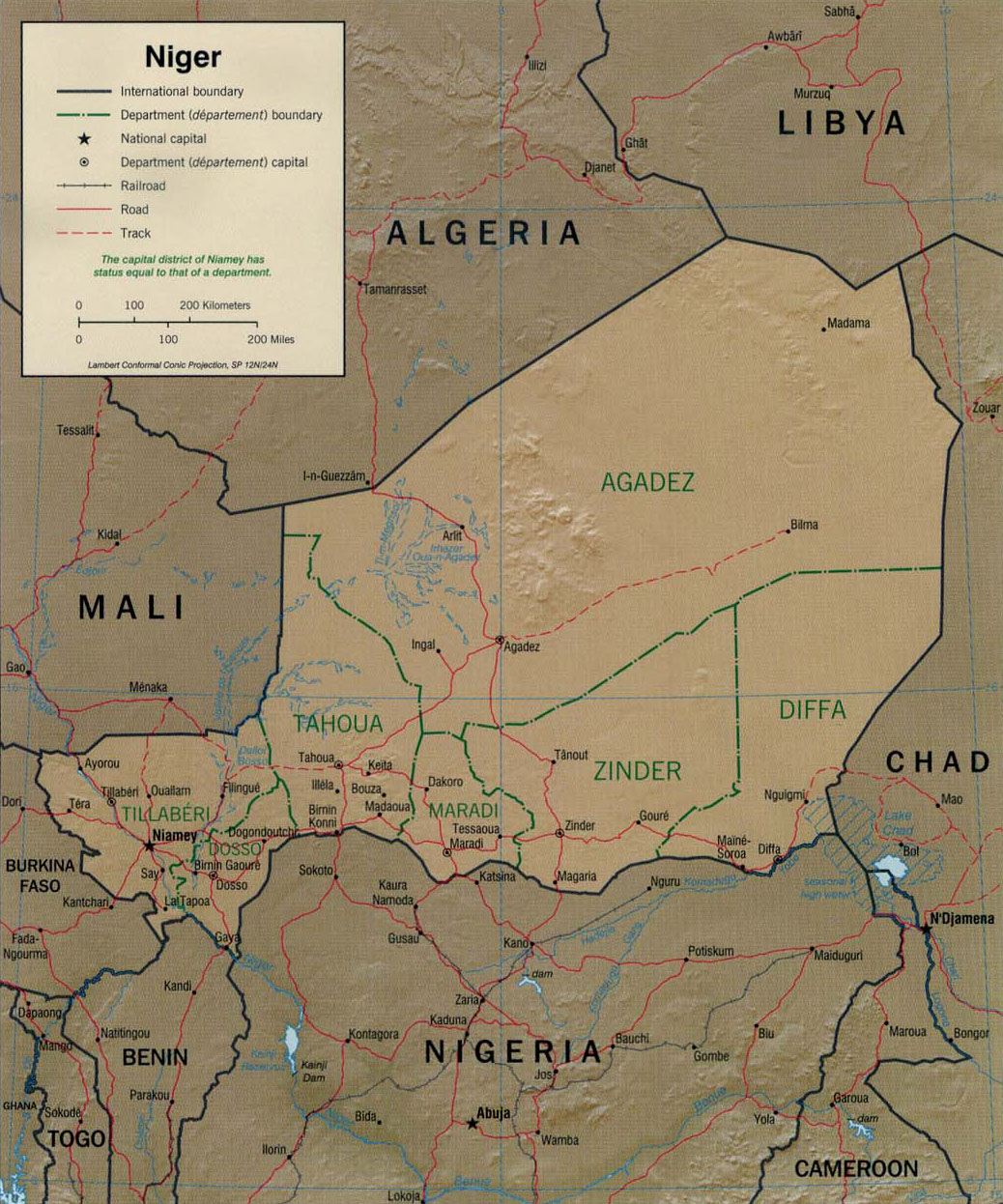 Locations marked on the map above:

Niamey
Capital City of Niger, site of the proposed Museum of the River.
Agadez
Crossroads of the Sahara, UNESCO World Heritage Site, and site of the proposed Museum of the Living Desert.
InGall
Oasis town with school, palm grove, and a small museum near rocky outcrops with bones of Jobaria and other dinosaurs.
Marandet
Oasis village with school located at the foot of the Falaise de Teguidit near outcrops ​with bones of Jobaria, Afrovenator and other dinosaurs.
Tadiben
Small village perched atop the Falaise de Tiguidit with its own small museum near ​massive petrified logs of the sequoia-like tree Araucaria.

Niger, an elective democracy since the early 1990s, attained political stability with the advent of the 7th Republic and election and reelection in 2011of The Honorable Mahamadou Issoufou as President and appointment of His Excellency, Prime Minister, Brigi Rafini.

Former President Mahamadou Issoufou, leader of the Nigerien Party for Democracy and Socialism (PNDS), oversaw the modernization of transit in several cities and the initiation in the capital city, Niamey, of major urban revitalization (Niamey-Nyala).

Former Prime Minister Brigi Rafini from the northern Aïr town of Iférouane is the first Tuareg to hold a top national government position in Niger. His appointment, following a period of decentralization involving the election of local leaders to the country's newly recognized Regions, helped to unite and stabilize the country after previous Tuareg-led rebellions. The successful peaceful transfer of power after their second term in office resulted in the election of His Excellency, Mohamed Bazoum, representing the PNDS party. Niger now has a population of approximately 23 million people and an economy dominated by subsistence farming, livestock, and exports of oil, uranium and gold.

The Honorable President Mohamed Bazoum, was former Minister of State for the Interior and Minister of Foreign Affairs. In the last decade, Niger has been subject to hostile actions by foreign parties along several of its borders. The next five years represent a critical window of opportunity for the country and foreign allies, during which NigerHeritage projects may break ground as major cultural and educational landmarks. These museum projects have been strongly supported and promoted by past and incoming national and regional leaders.

Agadez, gateway to the Sahara, grew from a small 15th-century Tuareg trading post at a crossroads of caravan routes to a bustling regional capital of more than 100,000 inhabitants today, home to many cultures, migrants and a US-built drone base. A cultural jewel of Niger, Agadez has long attracted proposals for cultural heritage projects. A landmark for the city was recognition in 2013 of a zone of narrow streets and historic mud-brick structures as the “Historic Centre of Agadez”, a UNESCO World Heritage Site. At its center rises the Mosque of Agadez, the tallest mud-brick structure in the world.

The Honorable Sultanate of Agadez a post with a history as long as the city, is headed by the Sultan of Agadez a revered Muslim figurehead and cultural steward for the region. Today’s Sultan, His Excellency, Oumarou Ibrahim Oumarou, joined the NigerHeritage team, participating in the conferences that led to the current plans for, and location of, the Museum of the Living Desert.

The Honorable Regional Council President, Mohamed Anacko, presides over the Agadez region, one of Niger’s seven regions covering more than half of its territory. Council President Anacko has done a lot of work to reduce illegal smuggling and trafficking and to increase safety and economic opportunity in the region. The Regional Council fully supports the NigerHeritage project for a museum in Agadez, long an aspiration for a city recognized for its hospitality and role as the international crossroads of the Sahara. 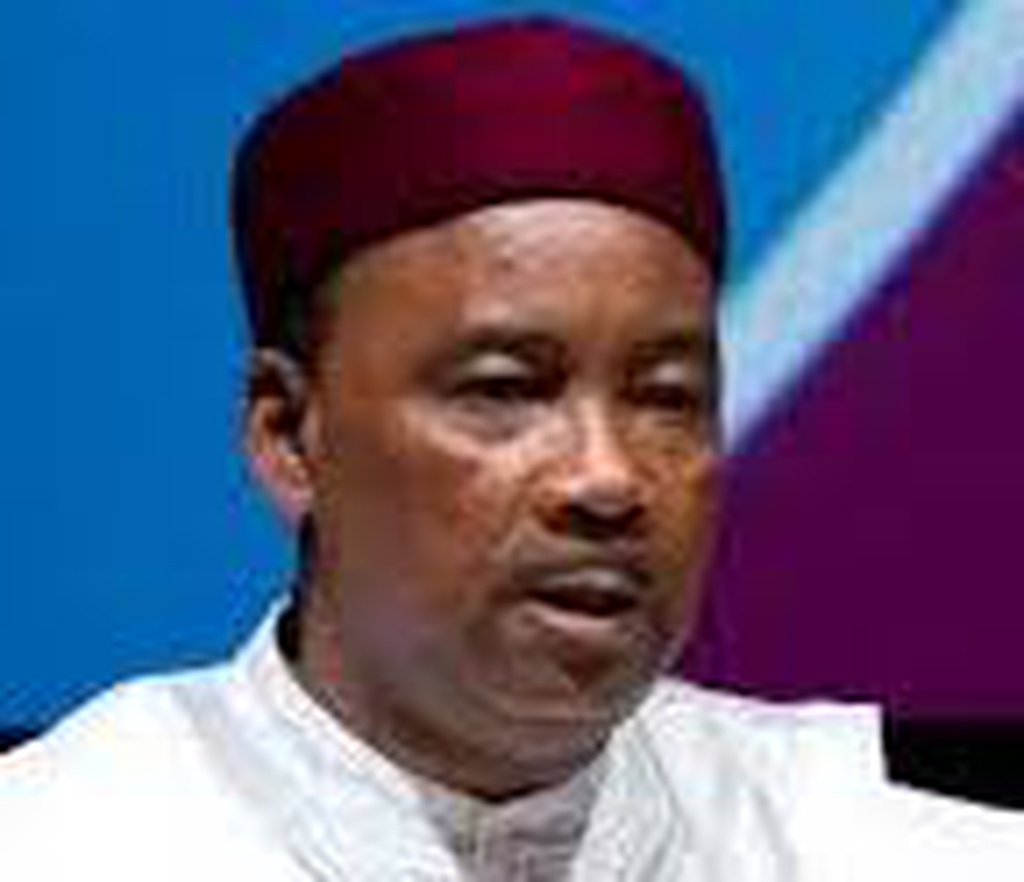 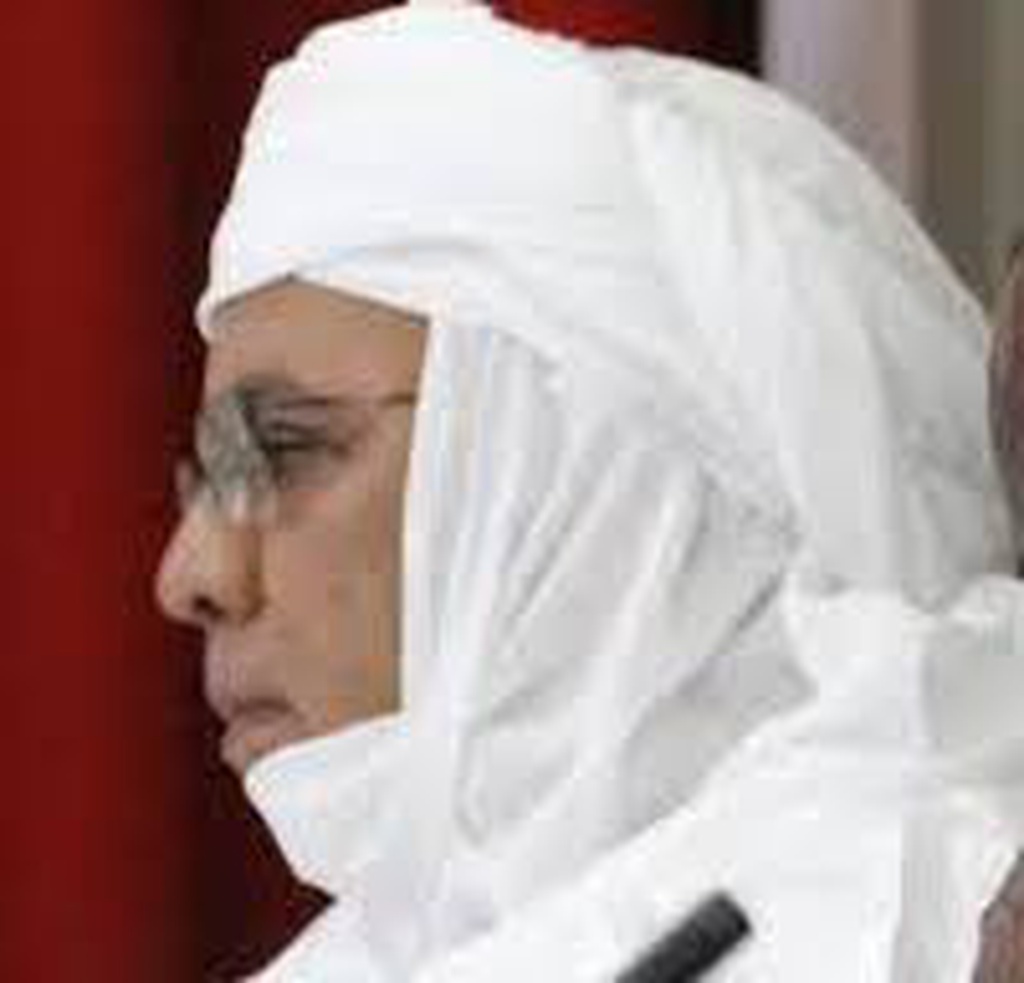 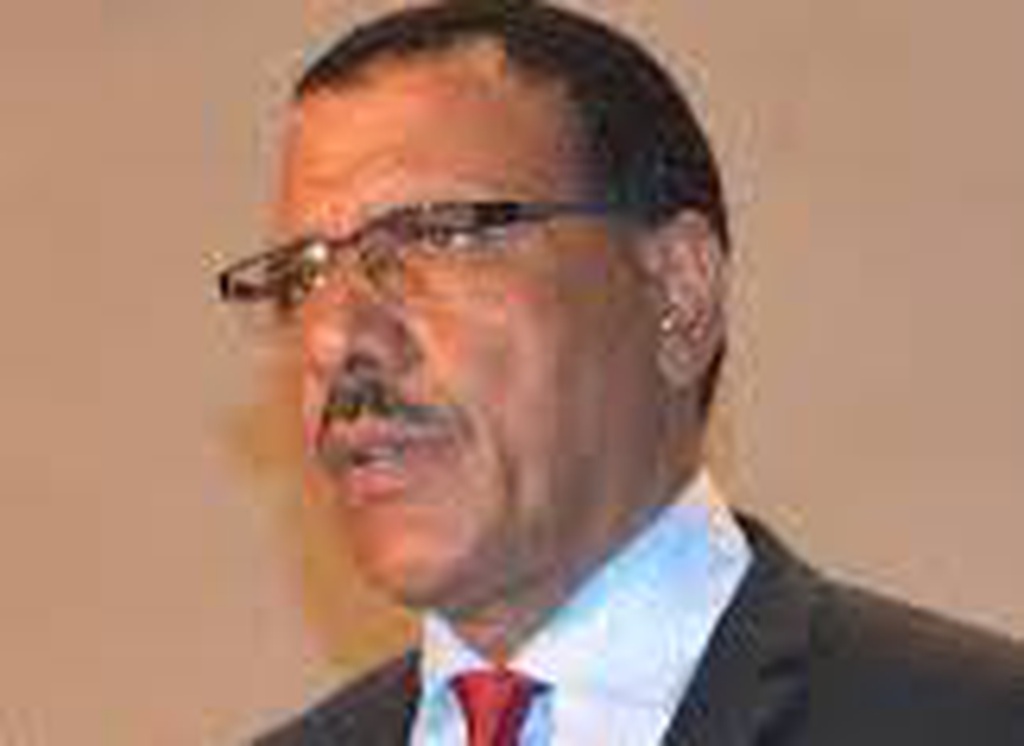 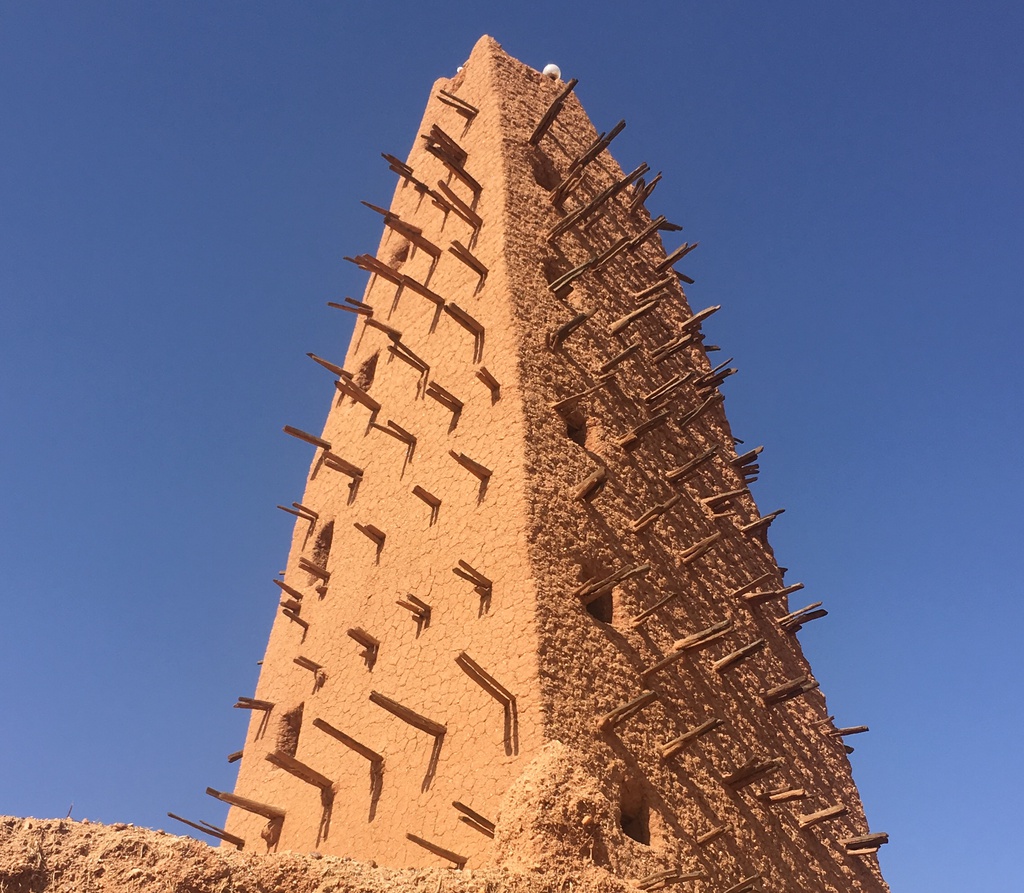 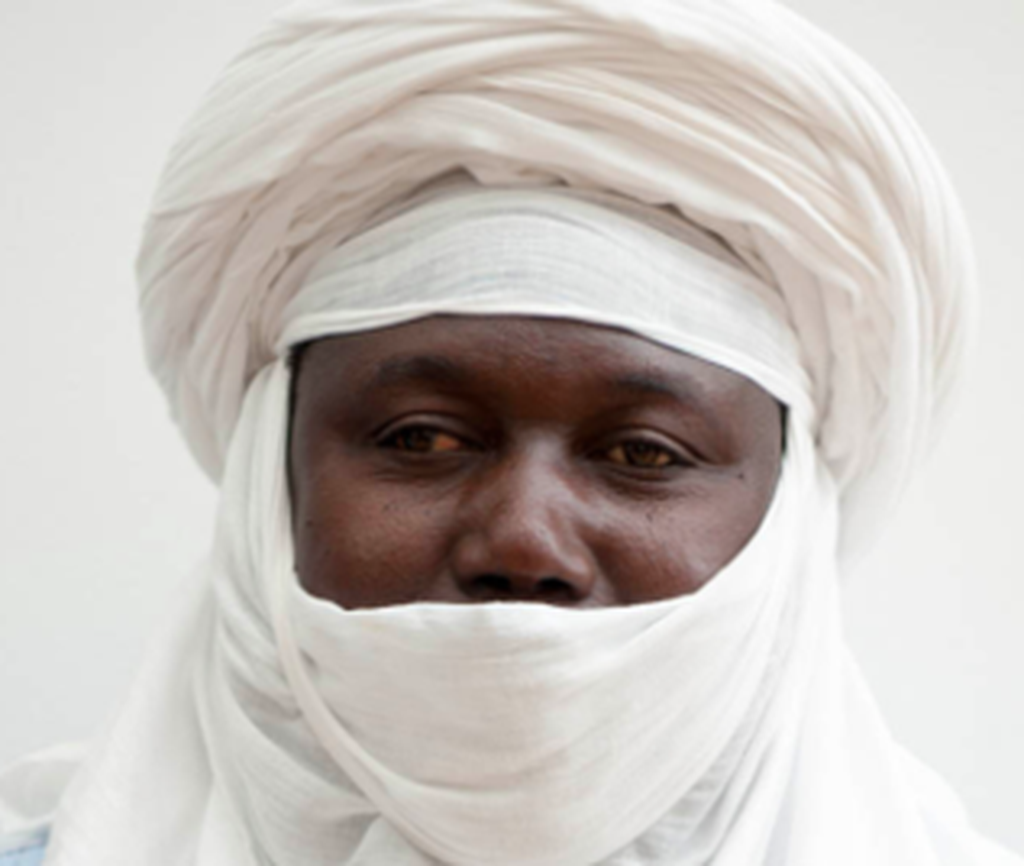 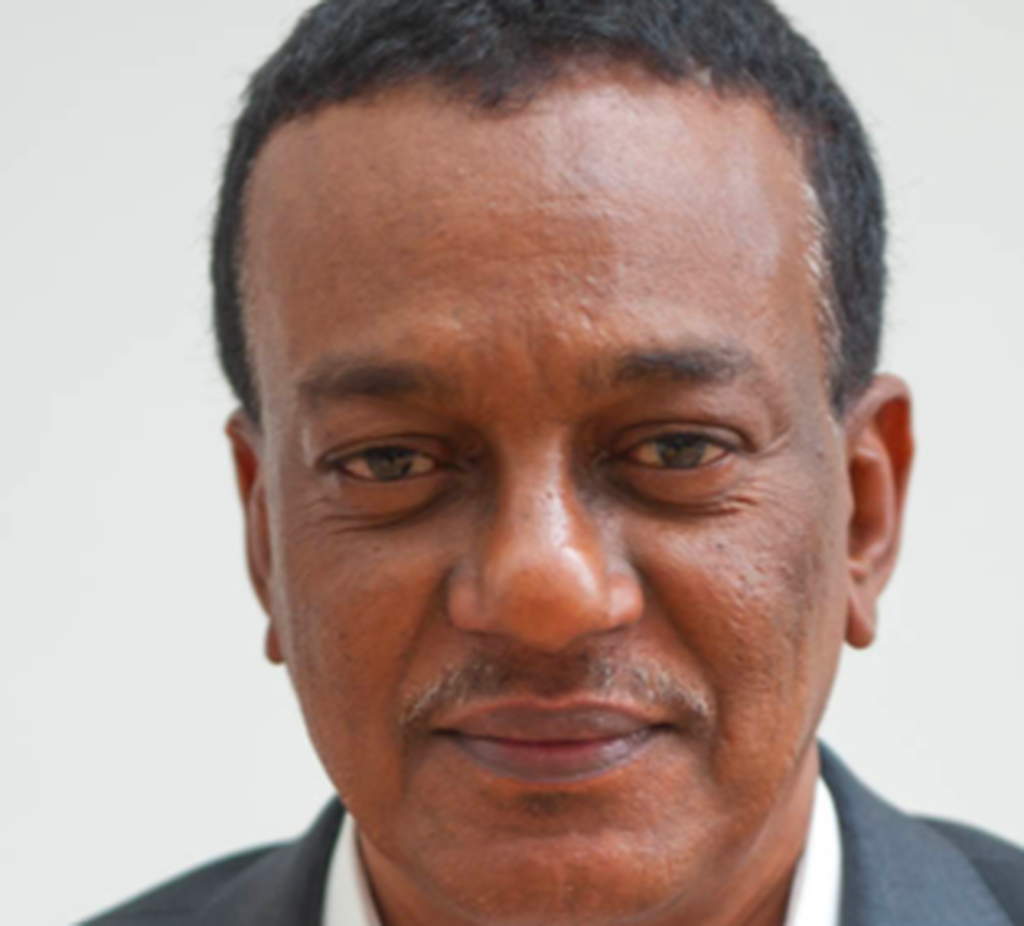