The Museum of the Living Desert showcases the region’s geologic setting, wildlife, and cultural diversity, as well as the stunning archaeological record of the Green Sahara and ancient clifftop burial mounds, and dinosaurs from the Agadez Region.

The Museum of the Living Desert aims to:

The international museum team that includes civic leaders, urban planners, scholars, architects, museum specialists, artists and philanthropists has met several times in Chicago and Agadez since 2017 to plan the Museum of the Living Desert.

Principal partners in planning the Museum of the Living Desert are located in Agadez and Chicago and include:

The Museum of the Living Desert project realizes a standing regional council plan for a museum which serves as an educational and cultural center and as a destination for a revitalized tourist sector.

Realization of regional museum plan. Since 2014 the Regional Council has forwarded a plan for an Ecomuseum (Écomusée) that would house exhibits on the region’s unique ecological, cultural, archaeological and paleontological heritage. Such a museum, however, has yet to be realized, one that would generate regional educational, artisanal and scholarly opportunities.

Emergence of a regional university. Niger’s university system, founded in 1974 with Abdou Moumouni University of Niamey, was expanded starting in 2008 to include regional universities that offer study and training particular to local expertise and interest. The nascent University of Agadez, opened in 2014, aims to house institutes and scholars devoted to desert ecology, climate change, mineralogy, archaeology and paleontology and offers rich opportunities for partnership. Classes are currently held in the School of Mines of the Aïr (opened in 1976), which is located immediately adjacent to the planned site for the Museum of the Living Desert.

Preservation of rich regional heritage, ancient and living. Situated at a crossroads of Sahara and at the foot of the Aïr highlands, Agadez joins sahel and open desert ecologies, lowland and highland habitats, settled and nomadic cultures, and is positioned near world-class archaeological and paleontological treasures. Incredibly, no museum exists in any country across the entire Sahara Desert devoted to Saharan biocultural heritage.

Anchor for international tourism. For decades Agadez functioned as a major hub for domestic and international tourism, given its rich desert cultural and geographic setting. With periodic political turmoil since the 1990s, tourism has declined. The 2013 reopening of Mano Dayak International Airport and recognition of the Historic Centre of Agadez as a World Heritage Site has rekindled interest in regaining strength in this critical economic sector.

Stimulus for economic development. Refugees numbering in the thousands are camped outside Agadez, the byproduct of economic dysfunction and displaced persons fleeing conflict from other countries, and Niger’s cooperation in stemming the flow of migration to Europe. Increasingly functioning as a secure bastion for EU and US interests, Agadez would benefit immensely from the social and economic benefits of a long awaited museum project.

Agadez is one of eight Regions of Niger, which were set up formally in 1999 by the Fifth Republic of Niger to decentralize governance in the wake of the first Tuareg rebellion in the mid 1990s. With an area of nearly 700,000 sq km (260,000 sq mi), the Agadez Region, the largest region of any African country, includes more than half of Niger's land area. 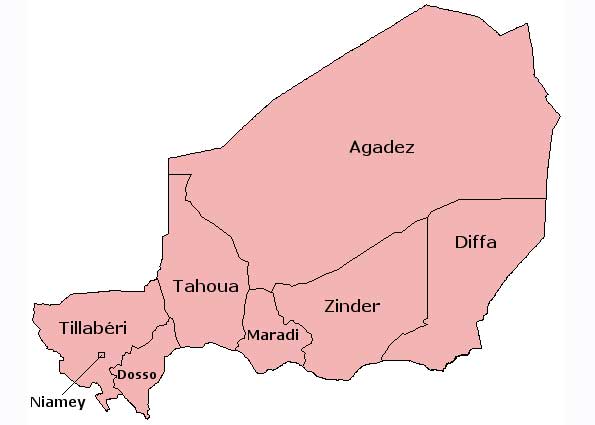 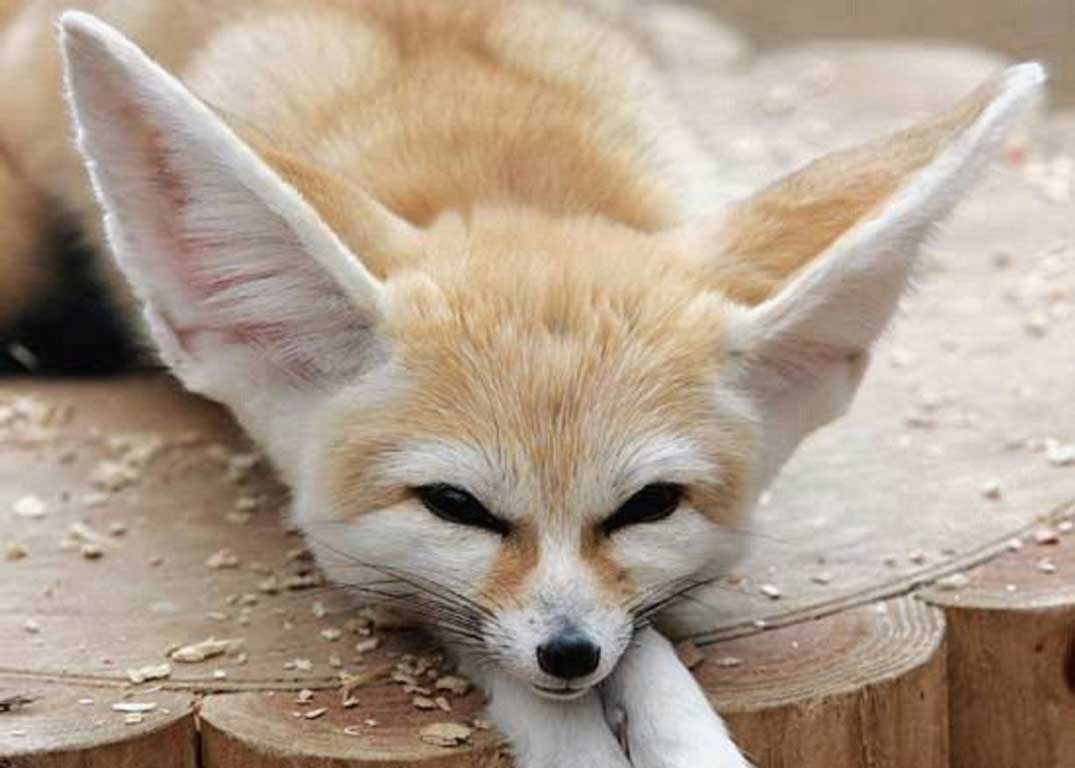 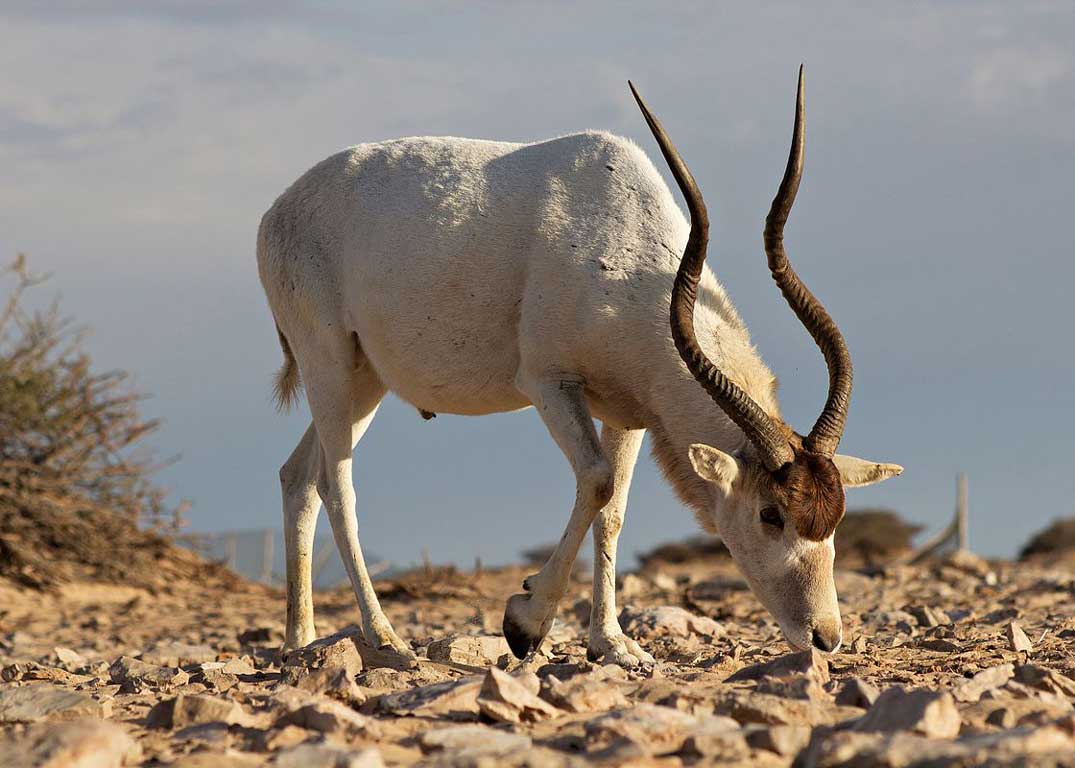 The Regions of Niger and desert adapted fennec fox and addax.

The region receives less than 30 cm (12 in) of annual rainfall, requiring irrigation for cultivation. Home to diverse ecologies and rare desert-adapted species, such as the large-eared fennec fox and screw-horned addax in the hyperarid Ténéré Desert, the Agadez Region includes the Aïr and Ténéré National Nature Reserve as well as verdant pockets in the Aïr highlands and Kaouar Cliffs. Traversed by camel caravans and tracks (pistes), the region has no paved roads outside its capital. Home to the richest predynastic archaeological site, Gobero, and most prolific dinosaur beds in Africa, the Agadez Region preserves a unique historical record from recent to the deep past.

Located in the center of Niger some 750 km (460 mi) northeast of Niamey, Agadez is a market town. The Tuareg sultanate has functioned since the 14th century as the crossroads of the Sahara.

Agadez lies at the center of trans Saharan trade routes.

With a population swelling in the last decade to over 100,000 inhabitants, Agadez city has grown along a SW-NE axis with airport runways along its southern edge. Agadez is the hub for security in the southern Sahara, mining industries of uranium and gold, and an increasingly diverse cultural scene of Tuareg artisans, authors, poets and musicians, many of whom have gained an international following (see Desert Cultural Heritage). 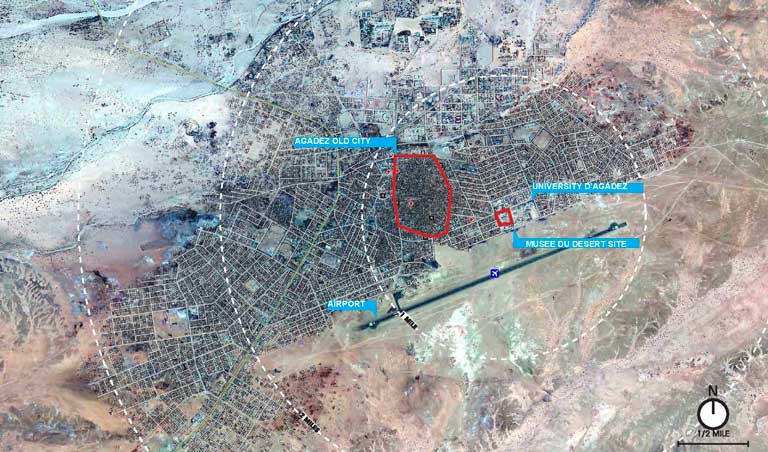 Aerial view of Agadez showing the historic old city center and the site for the Museum of the Living Desert.

A tangle of narrow streets and mud-brick walled compounds, the Historic Centre of Agadez was recognized in 2013 as a World Heritage Site, at the center of which is the 27 m (89 ft) tall minaret of the Grand Mosque, the tallest earthen structure in the world. Agadez, gateway to the Sahara and formerly the most visited tourist location in Niger, is also known for its camel market, artisanal handcrafts, annual festivals and diverse cultural scene. Many tourist hotels are located just outside the historic city center, including the Auberge d’Azel, Hotel de la Paix, Auberge Tellit and Auberge Tagelmoust.

The Museum of the Living Desert is located on high ground on the south side of Agadez adjacent to Agadez University and between the Old City and Mano Dayak International Airport. The site adds to attractions of the Old City and is easily accessible via broad avenues and the airport. Its proximity to the University of Agadez promotes scholarship and collaboration. 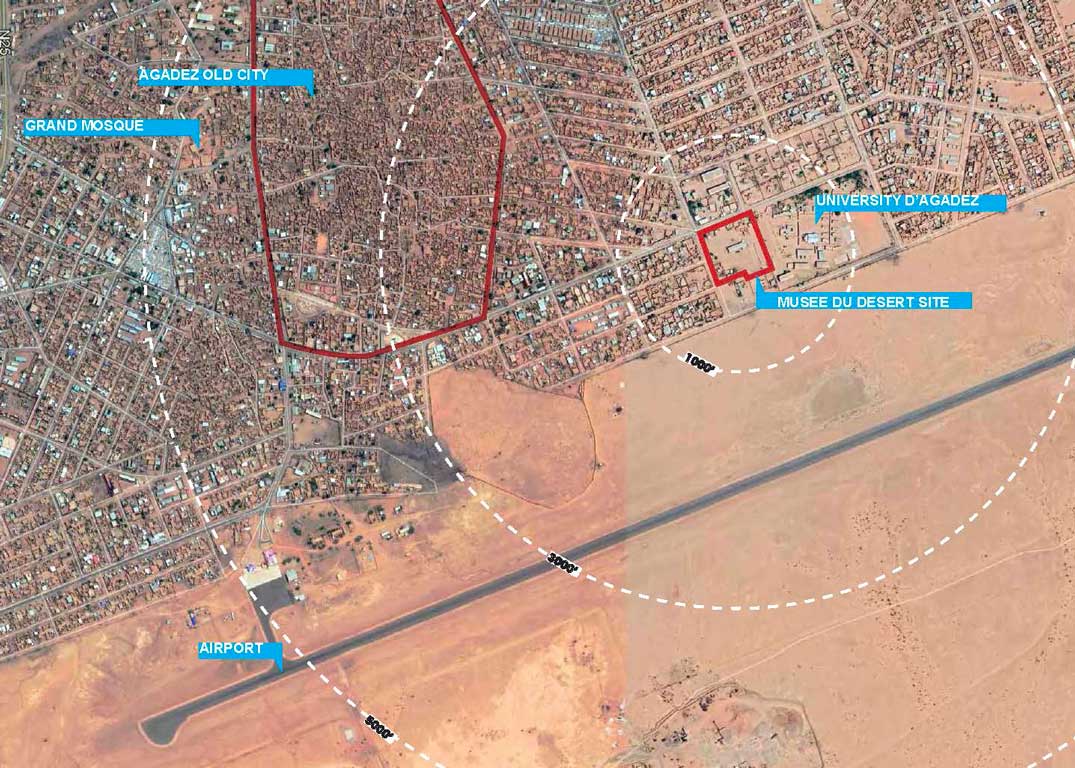 Aerial view of the historic old city within Agadez. 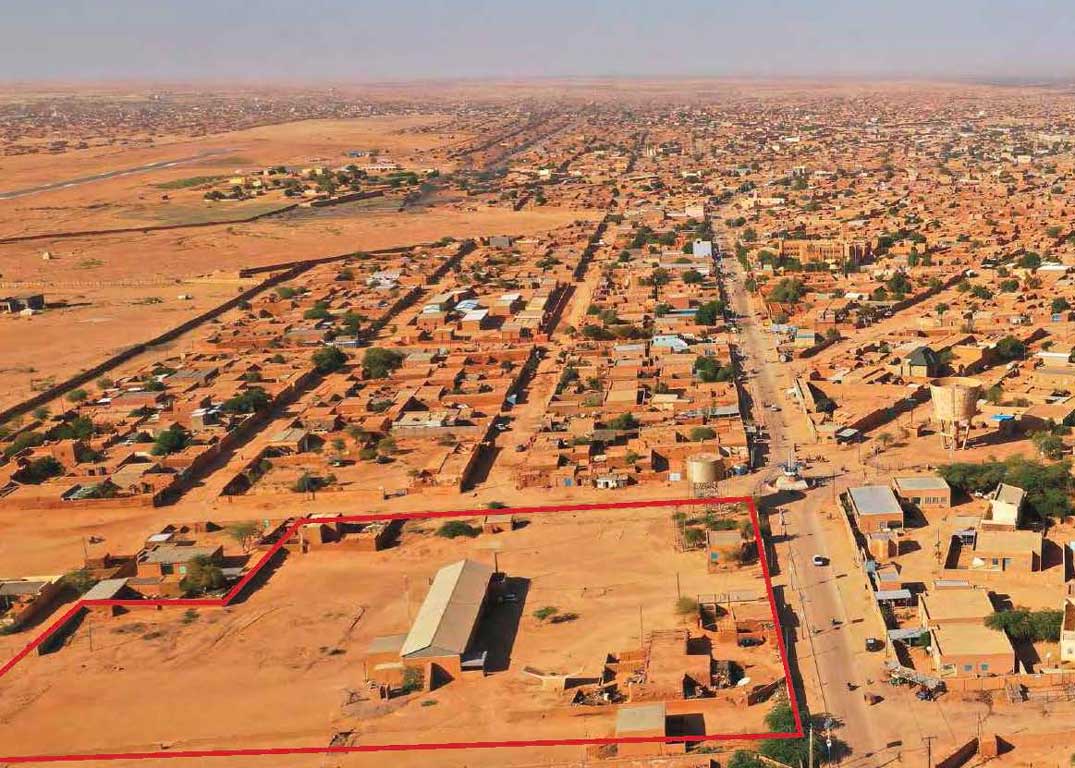 Aerial view to the southwest of site.

The Museum of the Living Desert tells the story of the Agadez Region over the ages—a passage from today to deep time. The museum experience begins with a film viewing in an orientation theater just inside the main arcade entrance. The first gallery of the central museum building begins with the region’s present day setting of arid desert and highland landscapes and biota. The second gallery highlights the nomadic and semi-nomadic cultures that have inhabited the region for centuries. The final culminating galleries step back in time, the third thousands of years ago to the era of the Green Sahara, and the fourth millions of years ago to the Age of Dinosaurs.

Like an oasis, the museum is surrounded by a shallow pool and gardens of native plants and palms. In aerial view, the museum, its reflecting pool, and courtyard tiling take the form of an Agadez cross, the museum occupying the opening with its paired (“ears”) exit ramps across the reflecting pool to the terrace.

The café and courtyard performance and temporary exhibit spaces, as well as the perimeter artisan arcade of workshops that open to the street, ensure a busy calendar of cultural events, exchange and flexible hours for museum and arcade. 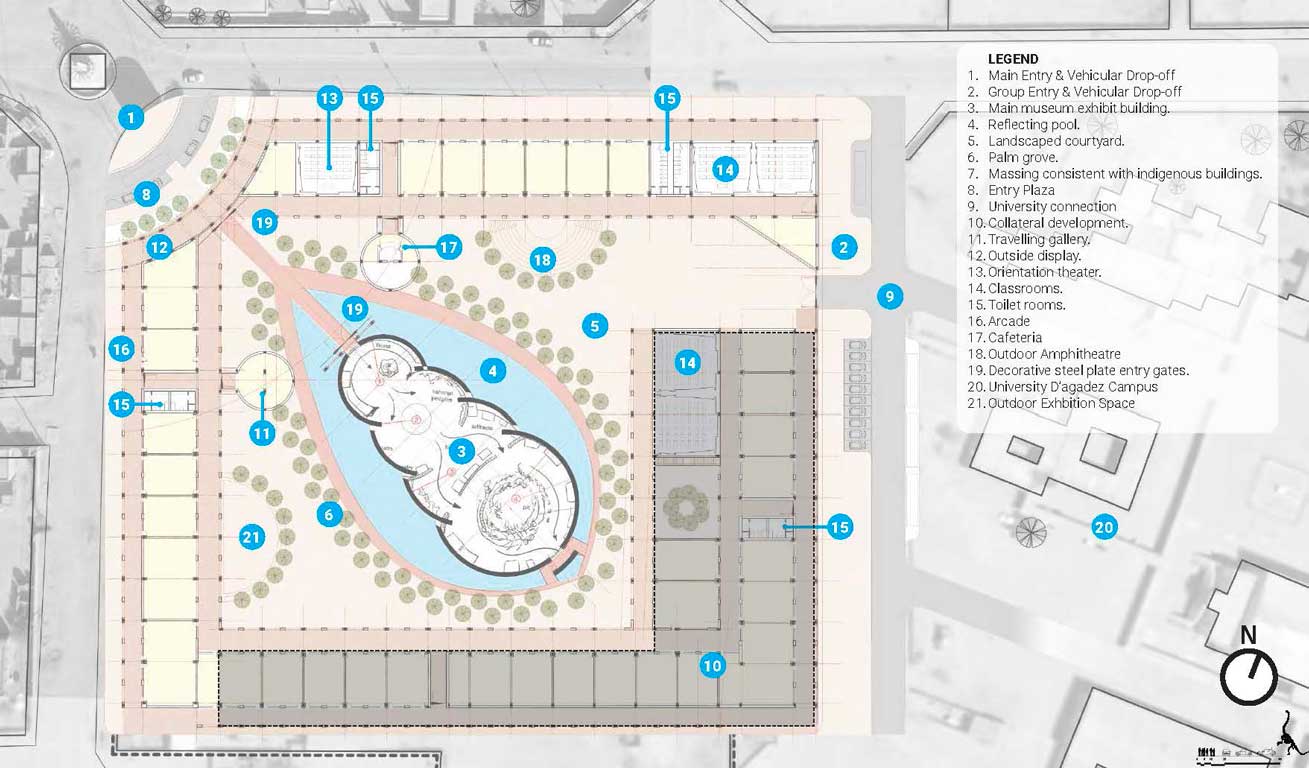 Plan of the Museum of the Living Desert complex.

The narrative for this extraordinary museum will express its: 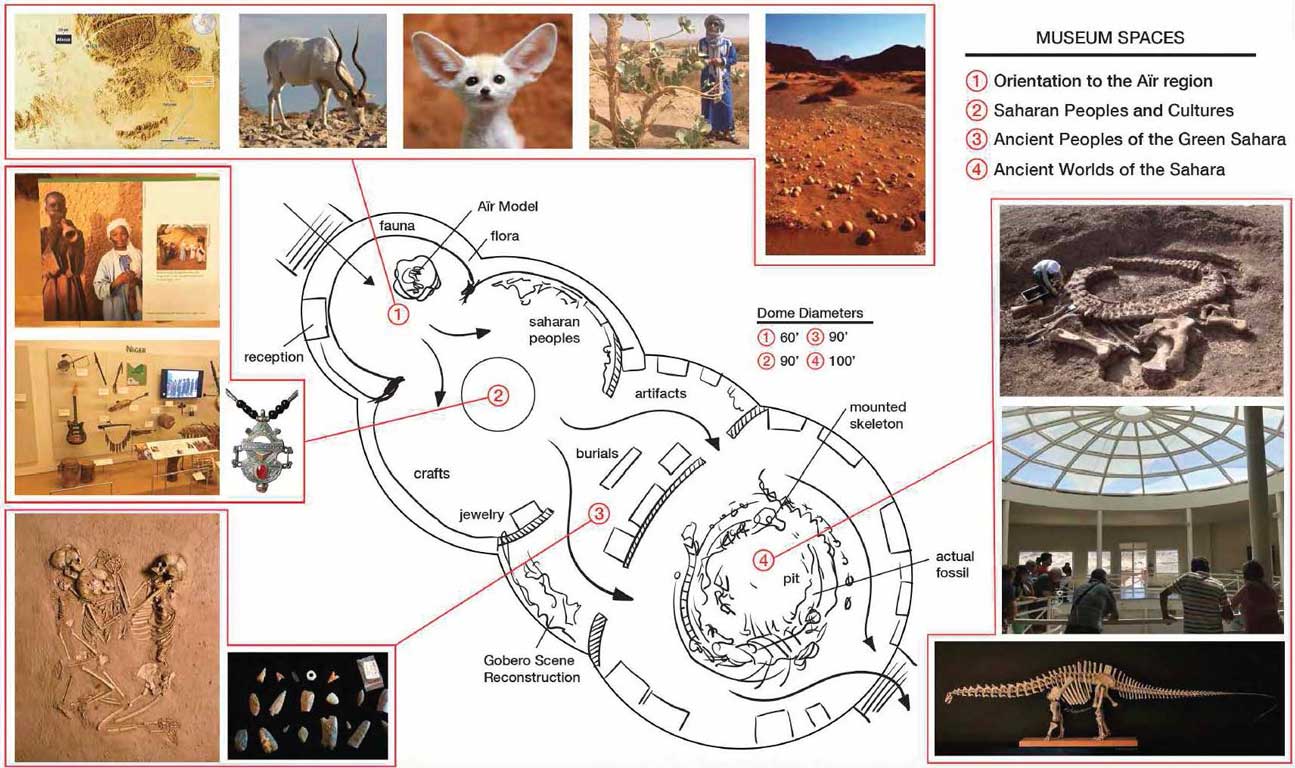 Plan view of the galleries of the Museum of the Living Desert.
Gallery 1 Orientation
Introduces the Aïr and Sahara geography, highlands and desert ecologies and biota using a scale model of Aïr region and examples and images/film of regional plants and animals
Gallery 2 Saharan Cultures
Peoples and cultures of the Sahara highlighting traditional dress, artisanal handcrafts, music and poetry
Gallery 3 Ancient Cultures of the Sahara
People and cultures of the Green Sahara including a scene recreation of a grave at Gobero, the special triple burial, archaeological artifacts and rock art
Gallery 4 Ancient Worlds of the Sahara
Geology of the Saharan region, history of dinosaurs in Niger, centerpiece Jurassic exhibit of a Spinophorosaurus skeleton in a central pit as it found near Agadez and cast skeletal mounts of Spinophorosaurus and the predator Afrovenator

The museum provides, foremost, an educational experience for local inhabitants, with adjoining classrooms and a laboratory for presentations and scholarly research in conjunction with the adjacent University of Agadez. The Museum of the Living Desert orients international visitors to the region, its cultural diversity and its ancient past. Located near the airport, the museum is a perfect starting point for first-hand exploration of Agadez and, farther afield, museums and festivals in nearby oases such as InGall, rock art sites and oases in the Aïr, and the pristine beauty of Saharan sand seas.

The four galleries of the Museum of the Living Desert nest within each other in linear sequence, surrounded by a shallow reflecting pool and terrace gardens. The masonry exhibit galleries are sheathed in decorative tile from Agadezian craftsmen. Within the galleries, natural light is the primary source of illumination, with high ceilings and nestled concrete gallery walls enhancing passive ventilation. 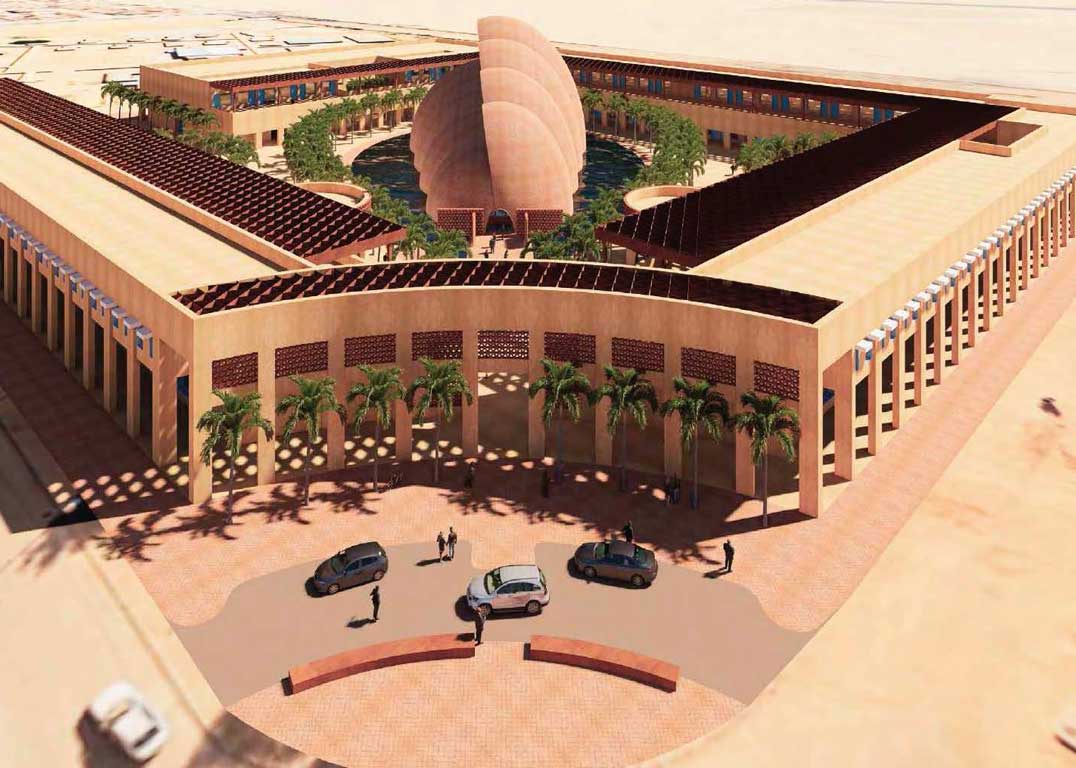 Aerial view of the Museum of the Living Desert 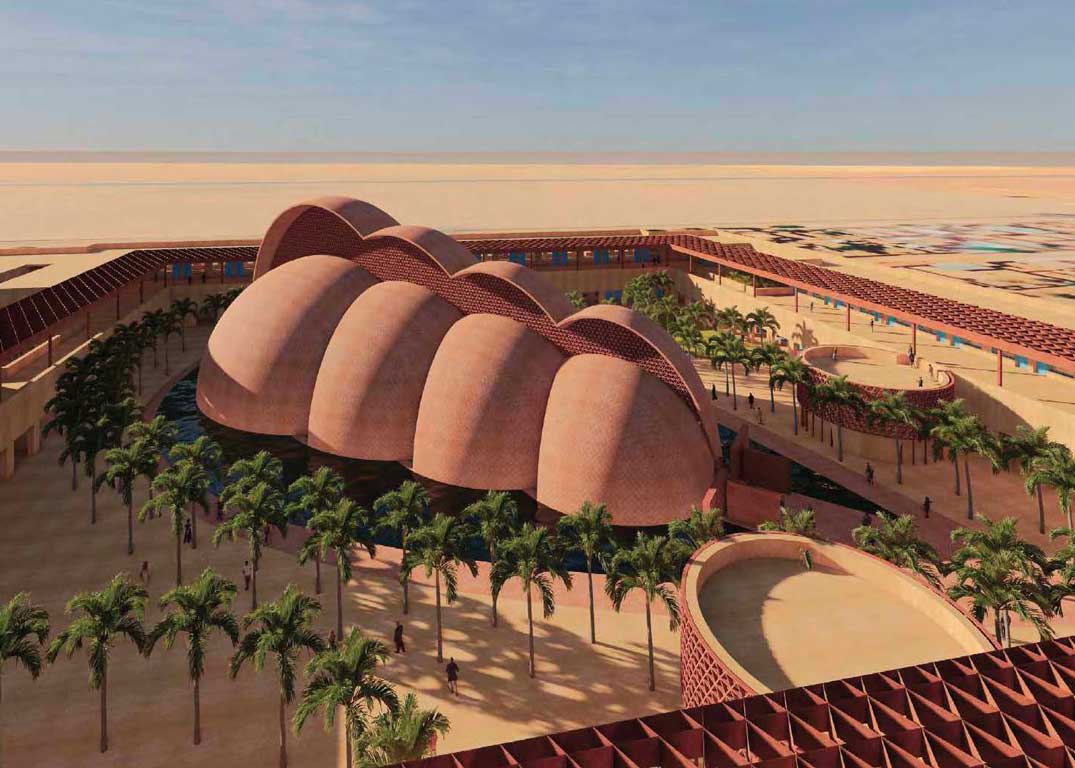 Balcony view of the courtyard 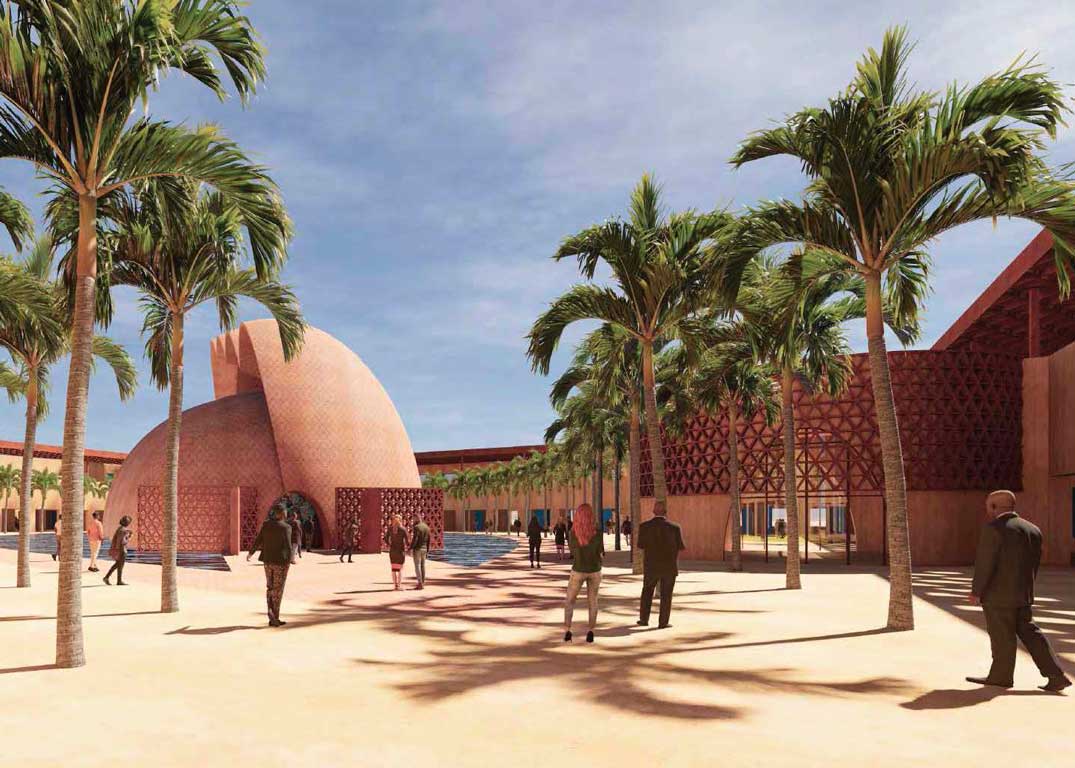 Courtyard view of the Museum of the Living Desert 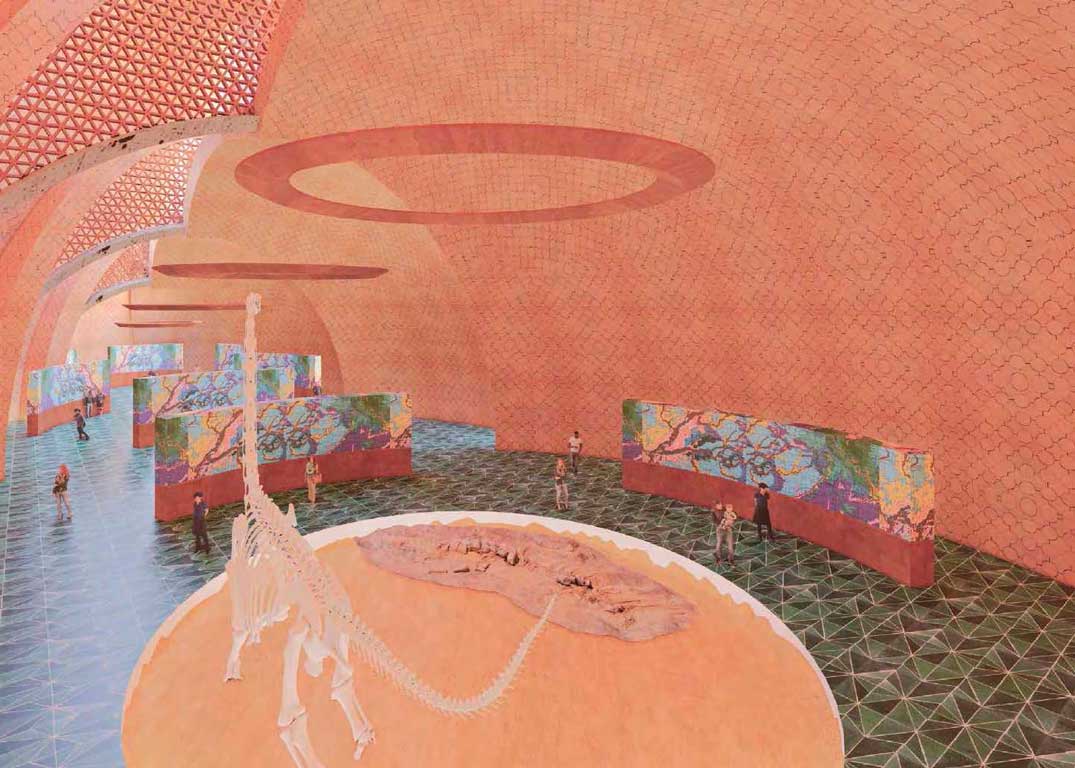 View from the dinosaur exhibition space

The Museum of the Living Desert includes non-exhibit ancillary spaces, some of which are indoor and others of which are outdoor. 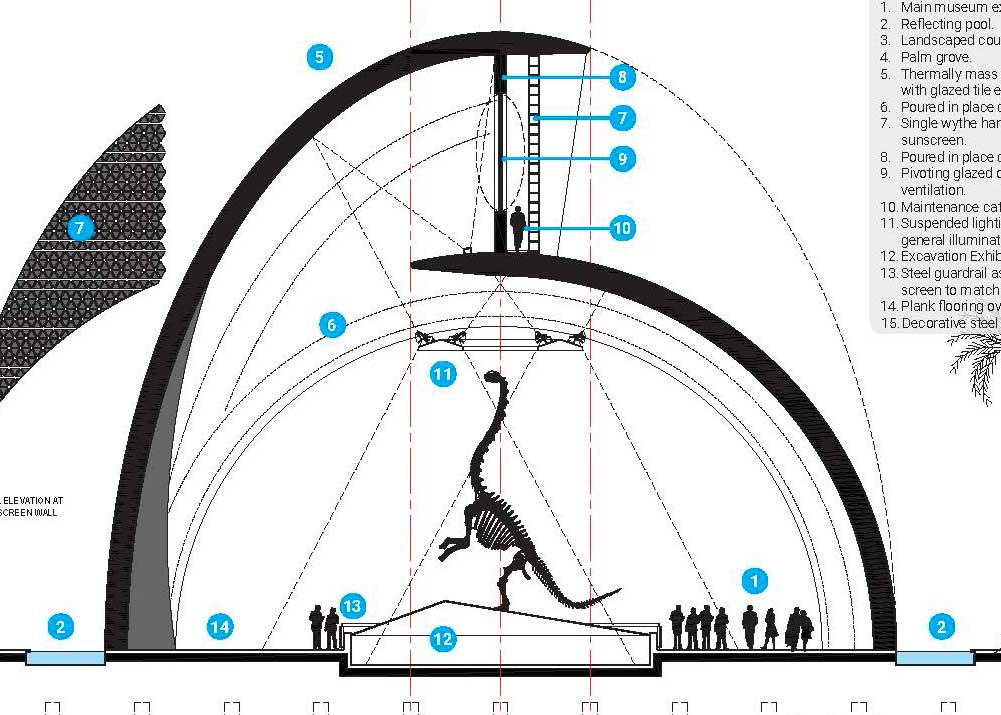 Transverse section across the center of a gallery 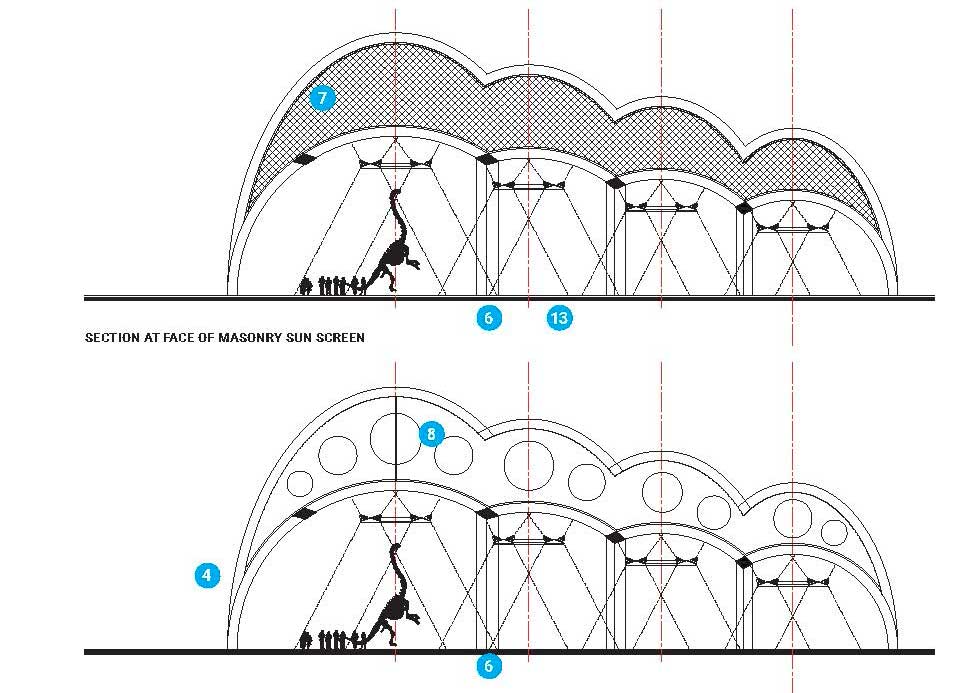 Energy is generated via photovoltaic film on the roof over the perimeter workshops along two sides of the museum complex. Temperature reduction is accomplished by passive internal ventilation and geothermal cooling from below. Dust is reduced by the ventilation screens and the nested, protected orientation of air passages. 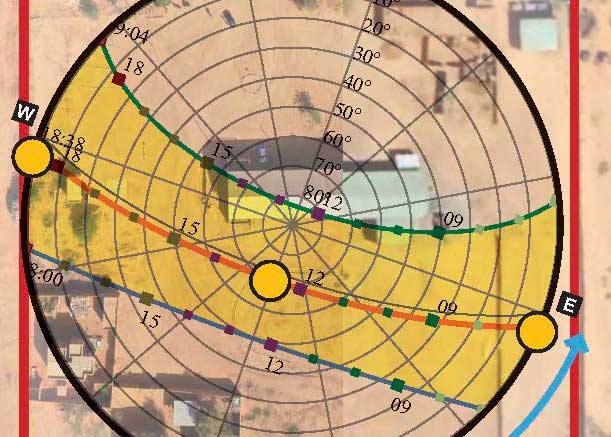 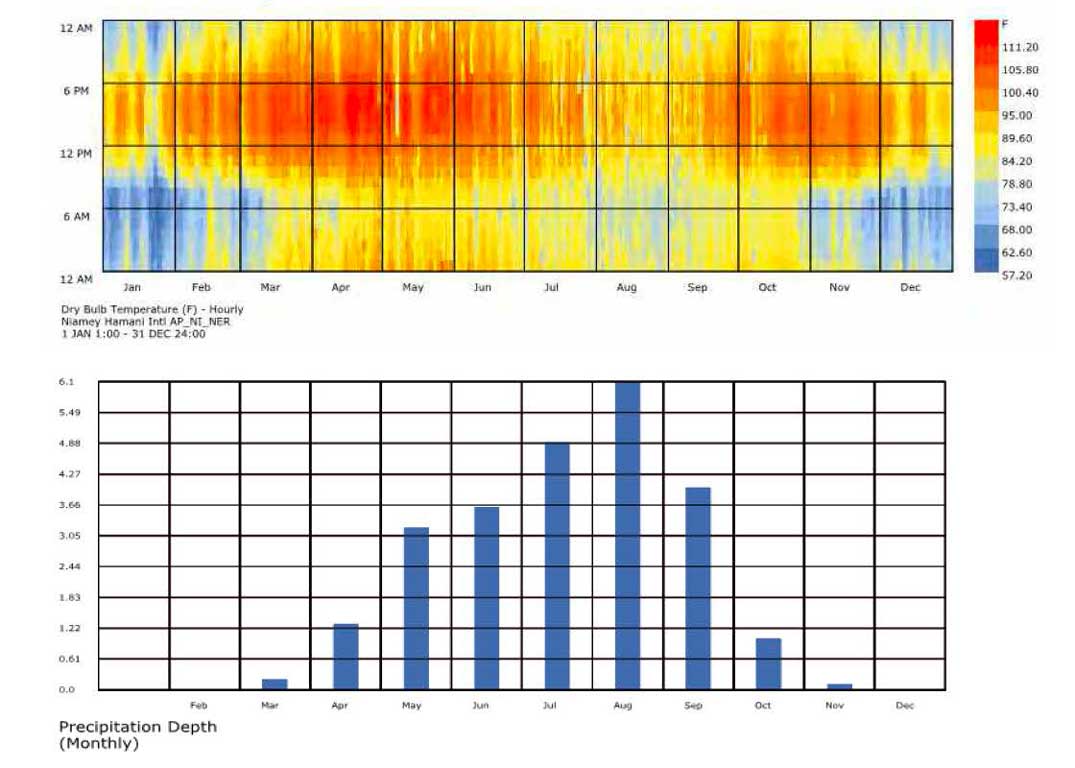 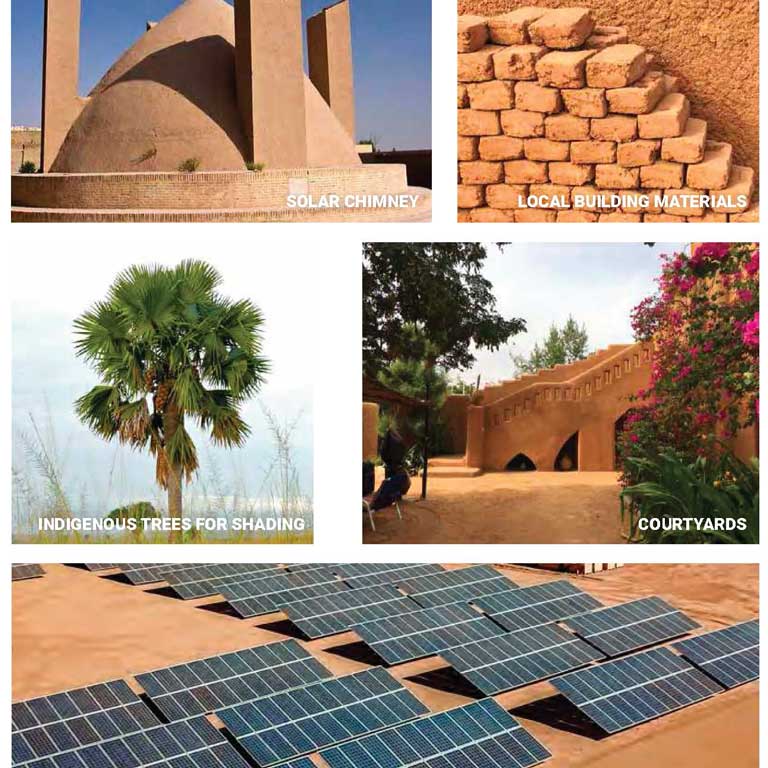 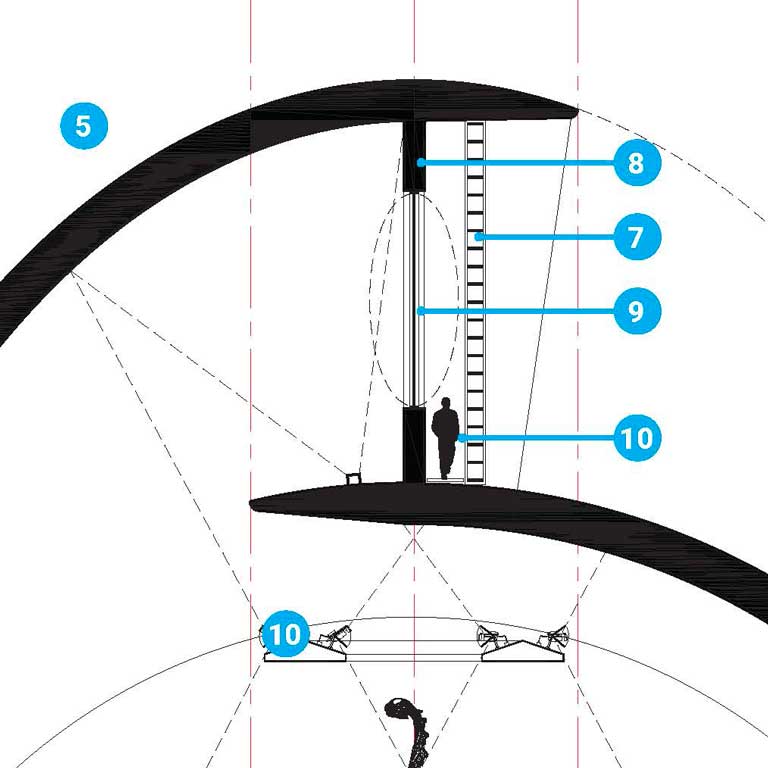 Material and structural elements to reduce energy and cool.